Velocity Index: Caring for the Caregivers

A discussion of caregiving in the US centered around the Credit for Caring Act and what it would mean for the 53 million caregivers, who are “the unrecognized backbone of the long term care system.”

Jean Chatzky is the CEO of HerMoney.com and host of the podcast HerMoney With Jean Chatzky. The financial editor of NBC Today for 25 years and the Financial Ambassador for AARP, she appears frequently on CNN, MSNBC and was a recurring guest on The Oprah Winfrey Show. She is a New York Times and Wall Street Journal best-selling author. Her latest book is Women with Money: The Judgment-Free Guide to Creating the Joyful, Less Stressed, Purposeful (and Yes, Rich) Life You Deserve. An in-demand motivational speaker and fierce advocate for financial literacy, in 2015, she partnered with the PwC Charitable Foundation and Time for Kids to launch Your $, an in-school magazine that reaches 2 million school children each month. 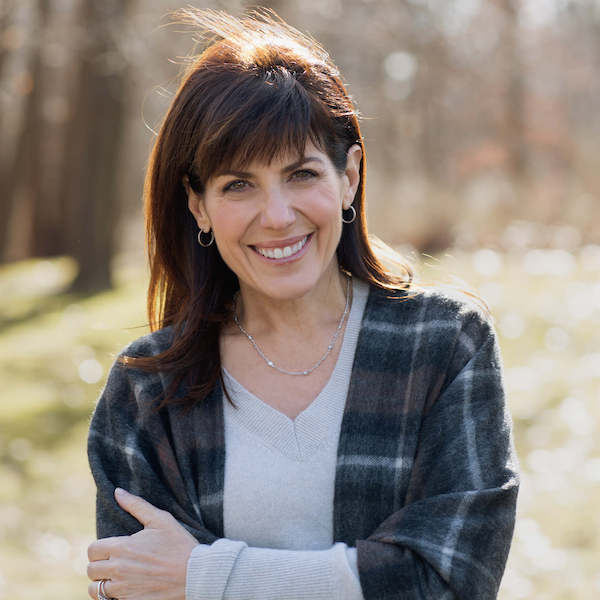 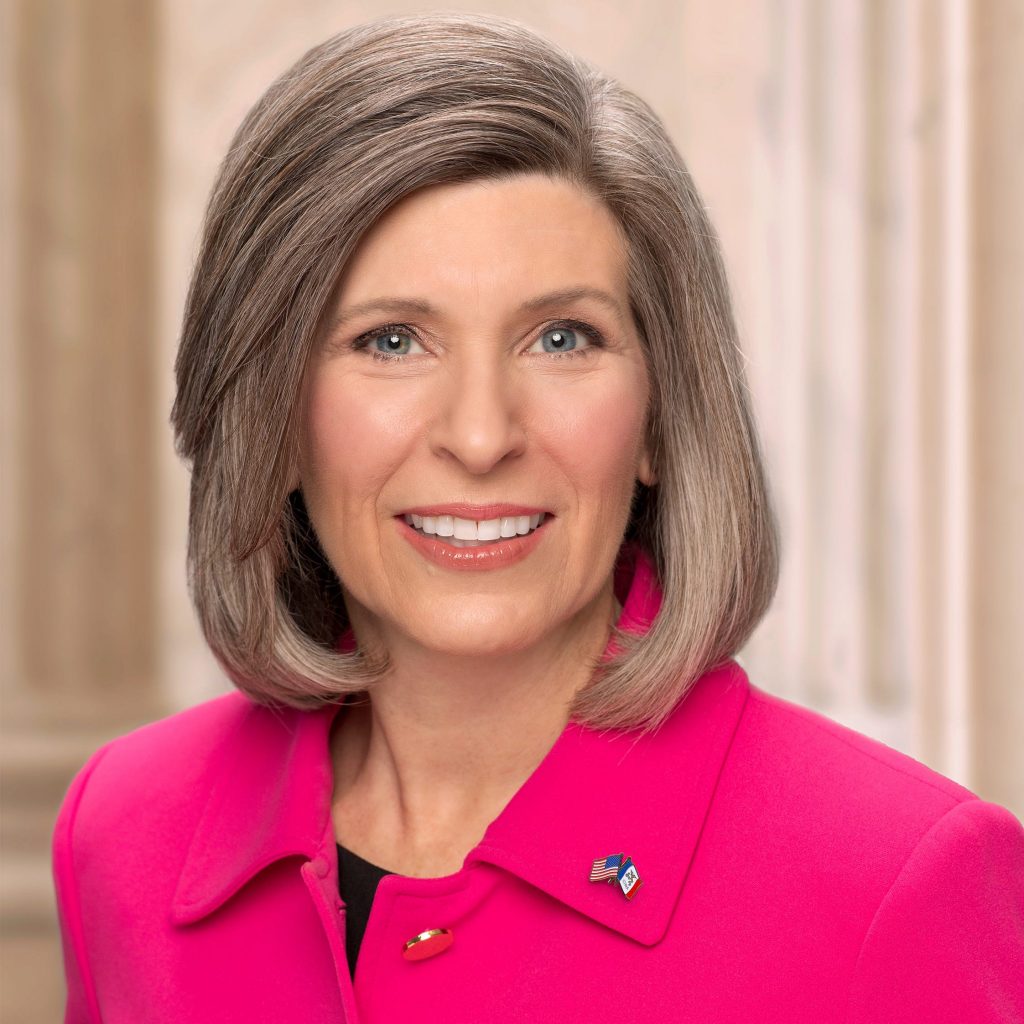 United States Senator (Iowa)
Joni Ernst
Senator Joni Ernst, native of Red Oak, Iowa, has dedicated her life to her state and country, having served in the military for over 23 years and now in the United States Senate. In November 2014, Joni was elected as the first woman to serve in federal elected office from the State of Iowa and also became the first female combat veteran elected to serve in the United States Senate. In Washington, Joni serves on four Senate committees of major importance to Iowans: Armed Services; Agriculture, Nutrition and Forestry; Environment and Public Works; and Small Business and Entrepreneurship. Joni is focused on growing a vibrant economy and ensuring the government runs effectively and efficiently which means cutting out-of-control spending, reducing taxes, eliminating harmful regulations and balancing the budget. Born and raised on a farm in Montgomery County, Joni’s parents instilled in her the values important to Iowans: hard work, service and sacrifice. As a mother, soldier and independent voice, Joni is committed to bringing these values to Washington, D.C. Joni received her undergraduate degree from Iowa State University where she joined the university’s ROTC program. After graduating, Joni joined the U.S. Army Reserves. In 2003, Joni served as a company commander in Kuwait and Iraq, leading 150 Iowa Army National Guardsmen during Operation Iraqi Freedom. Joni retired as a Lieutenant Colonel in the Iowa Army National Guard after 23 years of military service. Known for her independent leadership and commitment to public service, Joni previously served as the Montgomery County Auditor where she worked to eliminate wasteful government spending and protect taxpayers’ hard-earned dollars. As a state senator, Joni fought to balance the state budget and helped turn Iowa’s $900 million budget deficit into a $1 billion surplus. In addition to her work to balance the budget, Joni worked tirelessly to grow jobs and the economy, cut taxes, improve education, and reduce the role of government in Iowans’ lives. 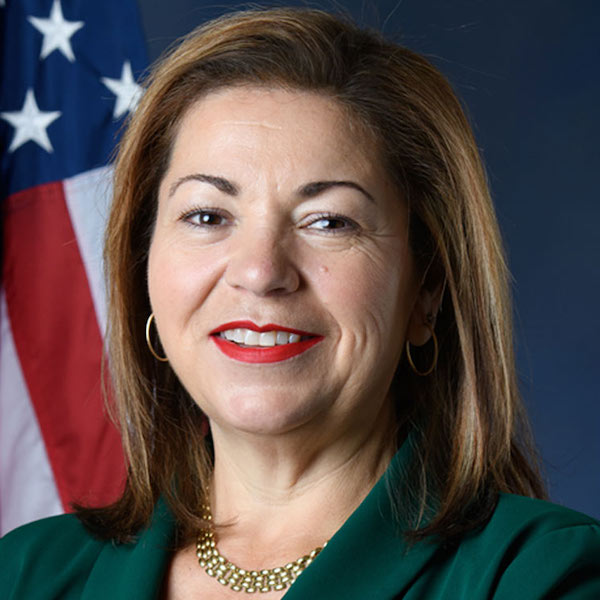 United States Representative (CA-38th)
Linda Sánchez
A former labor lawyer, Linda T. Sánchez represents California’s 38th congressional district – but the first thing her family and friends will tell you is that she’s never stopped “kicking ass for the working class.” Most of all, she is also a proud mom, dog lover, and Dodgers fan. Elected to the U.S. House of Representatives in 2002, Sánchez is the first Latina to serve on the powerful House Committee on Ways and Means and the House Judiciary Committee. A lifelong progressive, Sánchez has devoted her career to helping working people get ahead: advocating for families, improving America’s education system, and bringing jobs to Southern California. Sánchez was born in Orange, California, the sixth of seven children, to immigrant parents from Mexico. Her father Ignacio worked as an industrial machinist and mechanic at a plastics and rubber plant, and her mother Maria was an elementary school teacher who decided to further her education by attending school at night. Growing up in a proud Latino household, Sánchez’s parents inspired her to take advantage of the opportunities they never had. When reflecting upon the importance that her family and parents had in her life, Sánchez says, “In every Latino family, there’s a sense of ‘We need to stick together.’ But I think in our particular family, that’s even stronger because our folks expected great things from us. They wanted us to take advantage of all the opportunities they never had.” 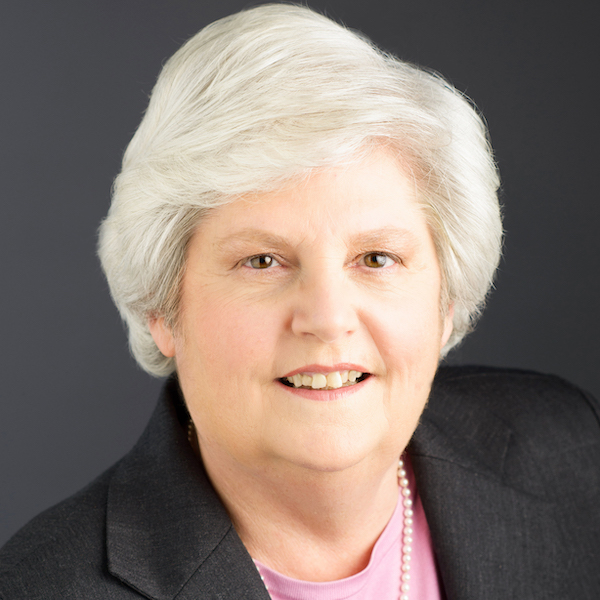 Executive Vice President and Chief Advocacy & Engagement Officer, AARP
Nancy LeaMond
As AARP's chief advocacy and engagement officer, Nancy LeaMond has responsibility for driving the organization’s social mission on behalf of Americans 50-plus and their families. She leads government affairs and legislative campaigns for AARP, widely seen as one of the most powerful advocacy organizations. She also manages public education, volunteerism, multicultural outreach and engagement, and she directs major AARP initiatives that include supporting family caregivers through advocacy, education and innovative programs, and expanding AARP’s local footprint in communities across the country. She leads a team of 650 staff members and more than 17,000 volunteers across all 50 states, the District of Columbia, Puerto Rico and the U.S. Virgin Islands. During her tenure at AARP, she has led several landmark campaigns: Take a Stand, which demanded that the 2016 candidates for national office recognize and commit to addressing challenges facing Social Security and Medicare; You’ve Earned a Say, an initiative that engaged more than 10 million Americans in the debate over Social Security and Medicare; a multistate utility campaign that has saved consumers billions of dollars by fighting home energy cost increases; Health Action Now, which ensured that federal health care reform included critical benefits for Americans 50-plus; and Divided We Fail, an initiative with the Business Roundtable, Service Employees International Union and National Federation of Independent Business that successfully put health care and financial security at the top of the country's agenda during the 2008 elections. She is a nationally recognized leader on health, retirement security and other issues important to older Americans. Her career spans nearly 40 years in the government and nonprofit sectors. Prior to coming to AARP, she served as the chief of staff and assistant U.S. trade representative for congressional affairs at the Office of the United States Trade Representative (USTR). In this role, she oversaw operations and management of the 200-person agency. She coordinated public affairs, private sector outreach, policy development and legislative strategy for the enactment of landmark trade legislation. She successfully managed legislative efforts that helped secure passage of major presidential legislative initiatives, including the North American Free Trade Agreement, the Uruguay Round (GATT) and China MFN. She worked extensively on health care and pension issues before entering the trade field, beginning her career in the Public Health Service, the Medicaid program and the Department of Commerce. She served in the Office of Management and Budget, the Department of Education and later on Capitol Hill as chief of staff to a senior member of Congress in the Democratic leadership. In addition, for five years she served as president of the Congressional Economic Leadership Institute, a nonprofit and nonpartisan forum for education and dialogue with members of Congress on economic competitiveness and trade issues. She holds a bachelor's degree from Smith College and a master's degree in public policy and city planning from the John F. Kennedy School of Government at Harvard University. She is a former trustee of Smith College, a member of the KB Home National Advisory Board on home and community development, and a member of the board of the International Women's Forum of Washington, D.C. She has been named by The Hill as one of the Top Lobbyists every year since 2011, and in 2016 she received the What’s Next Boomer Business Innovation Award for Vision, Leadership and Integrity.
RSVP Here

I would love to learn more about Engage events:

Sign up to receive "The Thread," the newsletter promoting economic security for all American women.